Did Quantitative Easing Only Inflate Stock Prices? Macroeconomic Evidence from the US and UK

Check out my new working paper co-authored with:

Abstract:
This paper considers the impact of US and UK Quantitative Easing (QE) on their respective
economies with a particular focus on the stock market, production and price levels. We conduct an empirical quantitative exercise based on a novel six-variable VAR model, which combines macroeconomic and forward-looking financial variables and uses a ‘pure’ measure of QE. The results suggest a positive response of equity prices, and a ‘V’ shaped reaction of volatility and the bid-ask spread to the monetary stimulus. Output and inflation, in contrast with some previous studies, show an insignificant impact providing evidence of the limitations of the central bank’s programmes. We attribute the variation to this difference in our modelling approach, which includes stock market variables, and we conclude that its presence is of critical importance in the assessment of unconventional monetary policy. Economically, we argue that the reason for the negligible economic stimulus of QE is that the money injected funded financial asset price growth more than real projects.

Pros and Cons of replacing paper currency with e-currency

Paper currency is deeply ingrained in the public’s image of government and country, and any attempt to change long-standing monetary conventions raises a host of complex issues. Despite huge and ongoing technological advances in electronic transactions technologies, it has remained surprisingly durable, even if its major uses seem to be buried in the world underground and illegal economy. There are many arguments for not disturbing the status quo, ranging from the importance of seigniorage revenues to civil liberties arguments.

Nevertheless, it is important to ask whether currency in paper form has outlived its usefulness. And although today’s crypto-currencies fall far short of being true currencies – for one thing their prices are simply too volatile – the underlying technologies may ultimately strengthen the menu of electronic payments options. With many central banks now near or at the zero interest rate bound, there are increasingly strong arguments for exploring how paper currency might be phased out of use.

In conclusion, given the role of paper currency (especially large-denomination notes) in facilitating tax evasion and illegal activity, and given the persistent and perhaps recurring problem of the zero bound on nominal interest rates, it is appropriate to consider the costs and benefits to a more proactive strategy for phasing out the use of paper currency.

Given relentless technological advance, embodied in everything from mobile banking to cryptocurrencies, we may already live in the twilight of the paper currency era anyway.

The ‘hidden’ benefits of migration 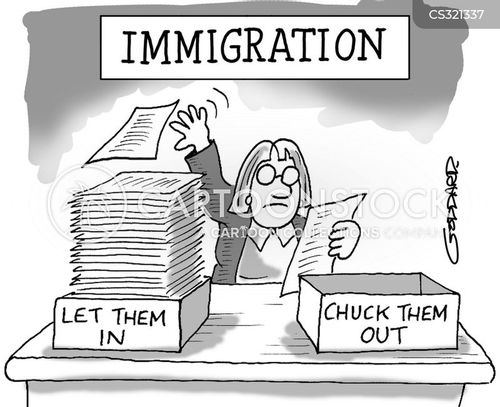 Would you expect schools to fare well on a cost-benefit analysis if we ignored any gains to the under-18s? Or would hospitals look like a good investment if we counted only the advantages to non-patients? Yet it seems that migration may still be mildly beneficial even after disqualifying any benefit to the people most likely to gain: the migrants.

Several economists have estimated the economic impact of radically liberalising immigration rules and allowing anyone to move anywhere — a typical estimate is that the world economy would roughly double in size.

There is the simple matter of respecting individual liberties. We would not dream of telling young people from Hull that they couldn’t move to London because Hull needs them more. Nor would we insist that the UK’s National Health Service should refrain from recruiting British nurses because those nurses might do more good if they went to work in India. It is unfair to insist that foreigners should obey moral rules that we would find absurd to apply to ourselves.

‘If you never miss a plane, you’re spending too much time in airports’

If you absolutely rule out any possibility of any kind of financial crisis, then probably you’re reducing risk too much, in terms of the growth and innovation in the economy. This is Bernanke’s philosophy.

The theory (and rational) behind Quantitative Easing explained

‘Made in China’ recession

The world economy will remain vulnerable to adversity until China has completed its transition to a more balanced pattern of growth, and the high-income economies have recovered from their crises. That is still far away.

A global growth-recession scenario “made in China” is perfectly plausible.

Wolf on liquidity and conventional wisdom

If liquidity is such a fickle friend, should we hanker after it at all? Would it not be better if investors understood that the assets they own might not be liquid in all circumstances and made investment decisions on that assumption?

Dynamic indexing in the UK

I have started a PhD in Finance last year on novel equity indexation methodologies sponsored by the prestigious ESRC (Economic and Social Research Council) at the ICMA Centre, Henley Business School, UK. The following is the abstract of the first part of the larger research project, which can be easily transformed into a financial product.

The entire passive investment industry suffers from a performance drag as it assigns companies’ weights depending on their market capitalisation, thereby placing larger bets on overvalued companies and smaller bets on undervalued ones. Here I propose two novel indexation methodologies that overcome the ex-ante inefficiency by allocating portfolio constituents’ weights based on a variety of readily available accounting metrics such as Sales, EBITA and Dividends. These innovative indices, rebalanced annually, outperformed the FTSE 100 by 3% on an annual basis over the last 25 years, whilst encountering analogous or lower volatility compared to the UK benchmark. Predictably, the resulting Sharpe ratios increased more than twofold. The superior performance is shown to be robust to turnover and transaction costs, bull and bear markets and independent on initial or ending investment dates. Lastly, CAPM, FF3 and Carhart alphas are found to be positive and statistically significant. This project thus demonstrates that the proposed indices provide a robust path for enhanced performance to all passive investors.

If you are interested in a possible partnership on the development of an ETF or similar product based on my strategy please contact me.

Thanks to Professor Schroth for presenting this very interesting piece of research at the ICMA Centre, Henley Business school.

The banking (R)evolution: a regulatory and business model view

Capital Rules Aren’t the Only Reason Banking Is Boring… Loosely speaking, the fall in return on assets — just profitability of actual business — accounts for about two-thirds of the drop in overall profitability; the increase in capital accounts for about one-third. The changes to the business of banking do seem to be more significant than the changes to its funding model, and just doing the same basic stuff with a lot more capital probably isn’t the future of banking.